Majorelle was born in Toul, France, on September 26, 1859, and died in Nancy, France, on January 15, 1926. He trained as a painter and studied under Jean-Francois Millet at the Ecole des Beaux-Arts in Paris in 1877-79. He exhibited at the 1889 Paris Exposition. He became one of the preeminent French cabinetmakers of his time, and exhibited with great success at the 1900 Exposition Universelle in Paris. His most successful years were 1898-1910, by which time he had retail stores in Paris, Lyon, and Lille, as well as Nancy. His workshops produced not only furniture but also lighting, metalwork, and fabrics. He moved to Paris at the start of World War I, working as an interior decorator, and in 1916 his factory... more.

We have 6 objects that Louis Majorelle has been involved with. 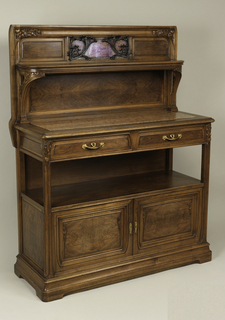 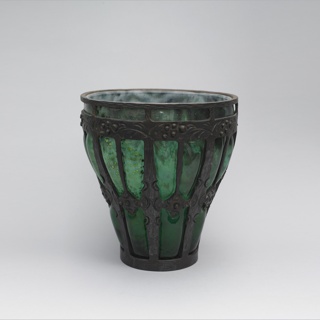 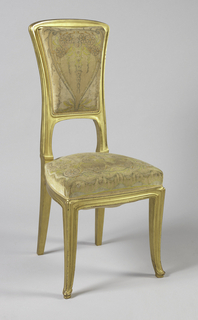