Jewelry artist Kazumi Nagano was born in Japan in 1946. Her experiences growing up and her involvement in Japanese culture greatly influenced her work; many of her explorations in jewelry are related to traditional Japanese aesthetics and philosophies. Nagano attended Tama University of Art in Tokyo, where she studied Nihonga, traditional Japanese painting. Nagano’s introduction to the field of contemporary jewelry did not come until 1996, after the age of 50, when she began to study under jewelry designer Minato Nakamura. Since then, her work has been featured in exhibitions, and is in museum collections around the world. The practice of origami folding greatly informs Nagano’s pieces. She draws... more.

We have one object that Kazumi Nagano has been involved with. 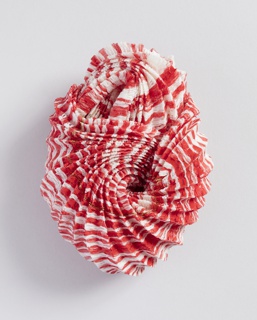