There were 23 objects in this exhibition but right now we can only show you 22 of them. Some objects may not be viewable because they were on loan; this might be due to issues involving image rights or simply because there is no digitized image for the objects.

Richard Landis is a weaver but his visual language is that of an abstract painter. His intricate designs and subtle color blending are built on the intrinsic grid of weaving’s warp and weft, using the vertical and horizontal interaction of threads on the loom, to create patterns that offer endless variety—reiteration without repetition.
A masterful colorist, Landis calculates every possible full and half tone within a defined set of colors, weaving with fine sewing thread to ensure subtle color blending. In his preferred weave structure—double cloth—is two parallel planes of fabric are woven simultaneously, which enables multicolored complex patterning with a relatively simple hand loom.
The works in this gallery reveal the evolution of the designer’s thinking about complex color and pattern interaction over the span of his career. While the actual weaving could be completed in days, it sometimes took Landis a month or more to design the pattern and prepare the loom. In correspondence about his design process, Landis wrote, “When people asked me if I used a computer—which they often did—I told them I use the loom as a computer.” If the loom is the computer, then Landis is the programmer. He decided early in his career to embrace the “tyranny of the loom,” but to challenge it, too. The loom is designed to facilitate repetition, but Landis recalled, “I realized that repeats added no information and had to go. I began searching for systems that would deliver total variation and surprise.”
Nature has been a profound influence on Landis. He has spent a lifetime fly-fishing, hunting, backpacking, and gardening, and is attuned to complex interactions in the natural world. According to Landis, “Being comfortable in big complexities allows you to do complex things—and to see them.” His goal is a unity of interior structure and exterior appearance. In these luminous woven works, as Landis affirms, “the canvas is the painting.”
#RichardLandis 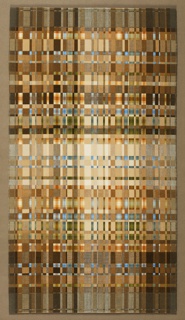 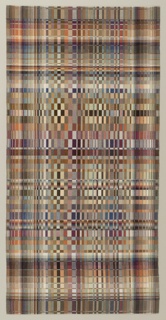 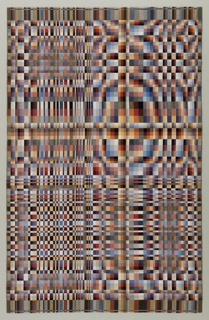 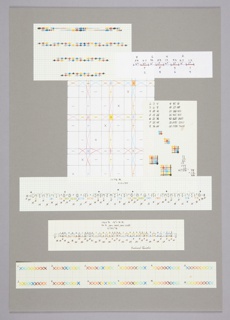 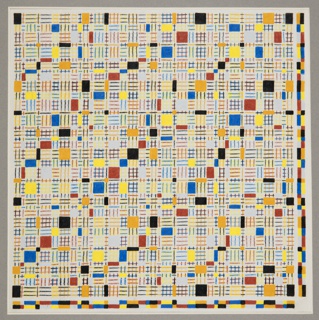 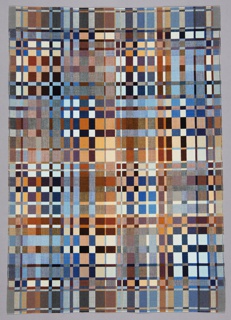 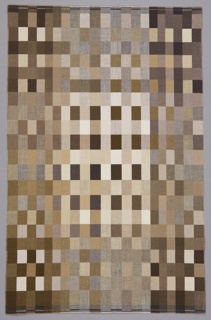 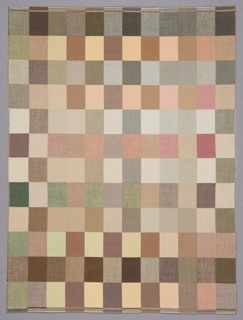 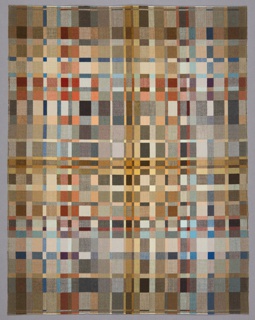 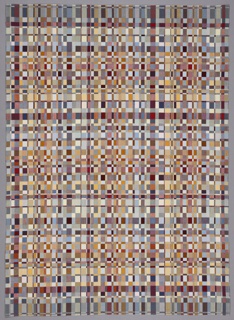 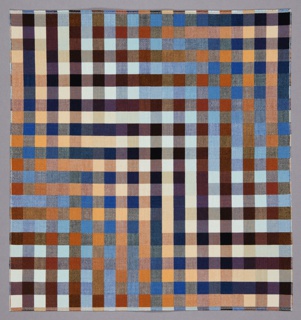 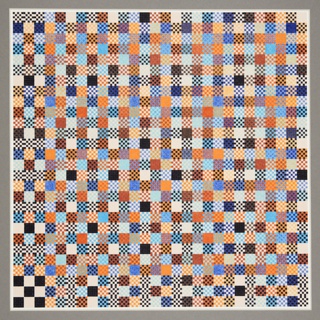 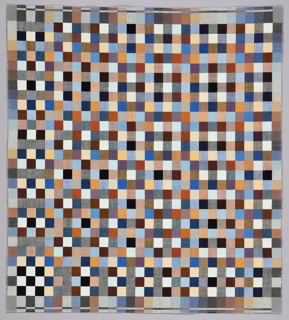 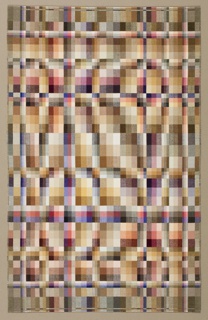 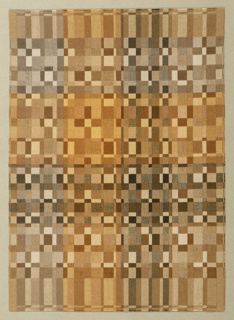 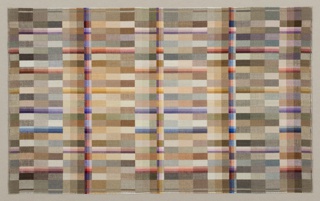 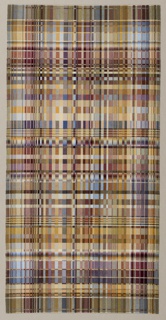