Lamartine Le Goullon (American, 1917-1998) painted San Francisco street scenes while making a living through illustration. After serving during World War II, he attended the Academy of Art in San Francisco. His work appears on album covers for Good Time Jazz, advertisements and merchandise for Blum’s Candies, and décor and signage for legendary San Francisco jazz clubs, including Hambone Kelly’s and Earthquake McGoon’s. He was a member of Associated American Artists, through which he sold textile designs. He also illustrated books, including The Burl Ives Song Book: American Song in Historical Perspective by Burl Ives and Albert Hague (Ballantine Books, 1953), The Heart of Jazz by William L.... more.

We have 4 objects that Lamartine Le Goullon has been involved with. 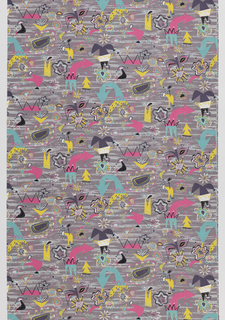 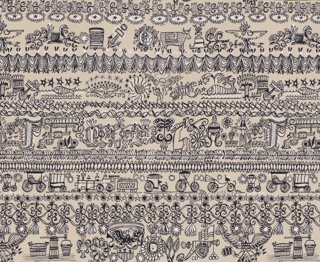 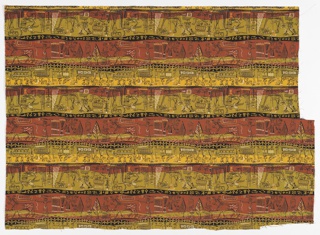