Hitomi Hosono’s formal training began in her native Japan, where she learned the methods of Kutani pottery in Kanazawa. She then studied ceramic design in Copenhagen before starting her Master’s Degree in Ceramics and Glass at the Royal College of Art in London in 2007. A stint working in the Wedgwood Factory inspired Hosono to utilize the technique of “sprigging,” which entails using casts to press-mold clay into a variety of shapes. This technique is a hallmark of Josiah Wedgwood’s late 18th and early 19th century works, as the Wedgwood Factory employed this method in many of their pieces. The technique was originally developed in Ancient Rome for pottery and glass, and Wedgwood took inspiration... more.

We have one object that Hitomi Hosono has been involved with. 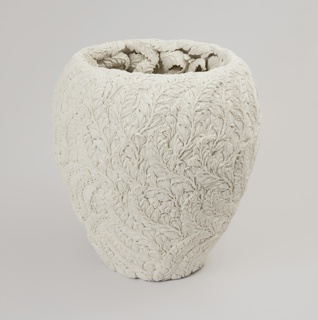