Gino Valle was an architect and industrial designer born in Udine, Italy in 1923. He was the son of noted architect Provino Valle and the brother of Lella Vignelli, who together with her husband Massimo Vignelli co-founded Vignelli Associates. Valle’s career in the arts began with painting when he earned recognition in 1943 when two of his works were selected for the Bergamo prize. He attended the University Institute of Architecture in Venice, where he graduated in 1948. Upon graduation he began his professional career working for his father in Udine. Over the years, he earned numerous scholarships abroad including a Fulbright Scholarship at Harvard Graduate School of Design in 1951. His first teaching... more.

We have one object that Gino Valle has been involved with. 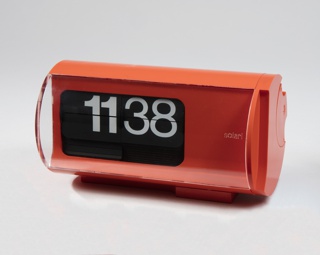