Research in Motion (RIM) was founded in 1984 by engineering students Mike Lazaridis and Douglas Fregin as a wireless data technology developer. In 1988 RIM became the first wireless data technology developer in North America. In 1996, RIM introduced the first two-way messaging pager, Inter@ctive Pager, which paved the way for future wireless technology that the company would produce. Renamed BlackBerry in 2013, the company continues to design and manufacture smartphones and tablets.

We have one object that Research in Motion has been involved with. 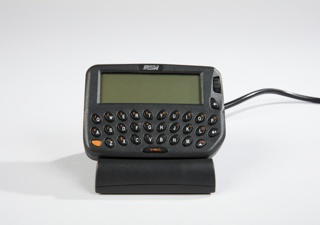