Audiovisual equipment manufacturer Bang & Olufsen was founded in 1925 when engineers Peter Bang and Svend Olufsen established the company in Struer, Denmark. Bang & Olufsen originally produced loud speakers and sound recording systems for the film industry, as well as the innovative Bakelite-cased Beolit 39 radio introduced in 1938. The company was forced to rebuild during WWII when its factory was destroyed by the Nazis, but the firm regained ground after the war as it produced state-of-the-art radios and television sets. By the late 20th century, the company had its own retail stores and was expanding its production to include mobile phones, DVD players and MP3 devices. After the economic crisis of 2008,... more.

We have 3 objects that Bang & Olufsen has been involved with. 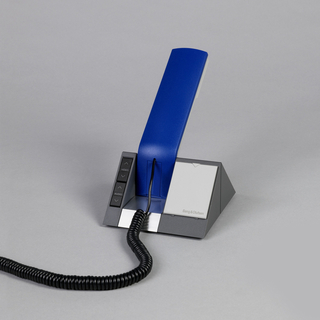