Grant Wood (American 1891-1942) was an American artist known for his paintings of the rural Midwest, especially “American Gothic.” He was born near Anamosa, Iowa. When his father died in 1901, the family moved to Cedar Rapids, Iowa, where Wood became an apprentice in a metal shop and later graduated from Washington High School. In 1910, he enrolled in the Handicraft Guild, an art school run by women, in Minneapolis. The following year, he returned to Iowa and taught in a one-room schoolhouse. In 1913, he enrolled at the School of the Art Institute of Chicago. From 1924 to 1935, Wood lived and worked in the loft of a carriage house in Cedar Rapids. His 1930 painting, “American Gothic,” is one of the... more.

We have 6 objects that Grant Wood has been involved with. 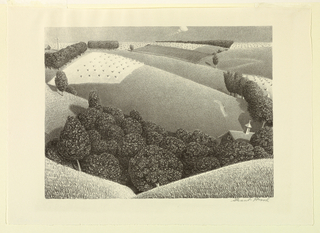 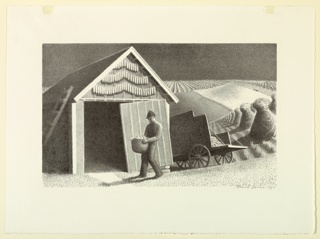 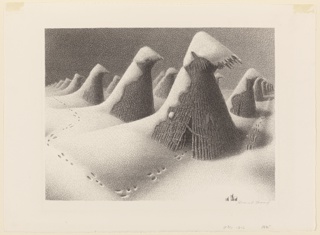 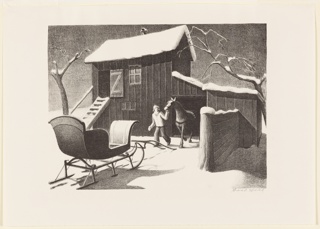 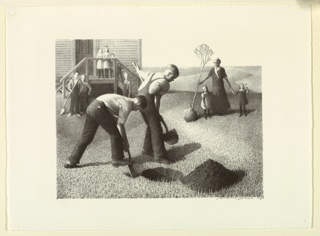 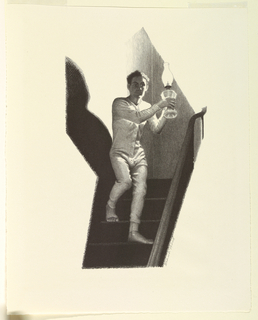