Hiroshige (1797-1858) Japanese painter and printmaker, known for his landscape prints. Last great figure of the Ukiyo-e school of printmaking. Inspired by the prints of Hokusai, he studied and was apprennticed to, Utagawa Toyohiro. From 1811 to 1830 he created prints of traditional subjects, young women and actors. 1830 to 1845 he concentrated on landscape prints, reaching fame in 1833 with the print series Fifty-three Stations of the Tokaido. Other travel series, Celebrated Places in Japan, and Sixty-nine Stations on the Kiso Highway, also display the high level of craftsmanship for which he is known. In the later period of his life, the increasing popularity of his images resulted in a falling off of the... more.

We have 60 objects that Ando Hiroshige has been involved with. 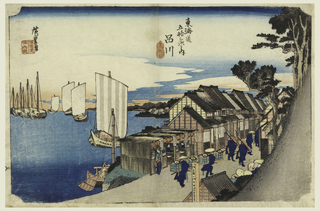 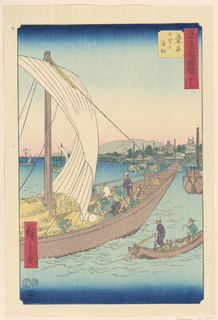 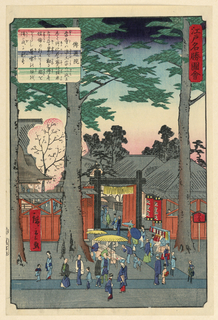 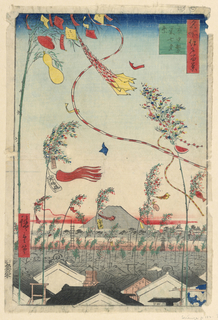 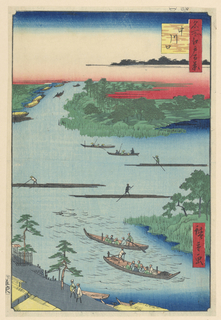 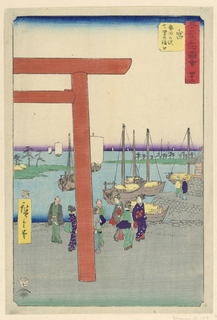