Since 1966, Lippard has published 20 books on feminism, art, politics and place and has received numerous awards and accolades from literary critics and art associations. A 2012 exhibition on her seminal book, Six Years: The Dematerialization of the Art Object at the Brooklyn Museum, titled "Six Years": Lucy R. Lippard and the Emergence of Conceptual Art", cites Lippard's scholarship as its point of entry into a discussion about conceptual art during its era of emergence, demonstrating her crucial role in the contemporary understanding of this period of art production and criticism. Her research on the move toward dematerialization in art making has formed a cornerstone of contemporary art scholarship and... more.

We have one object that Lucy Lippard has been involved with. 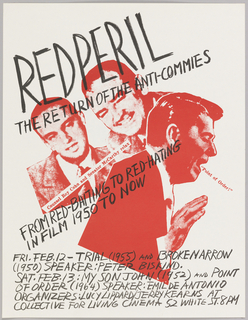