Norwegian ceramist and designer Nora Gulbrandsen studied at the National Academy of the Arts. She was employed at Porsgrunn Porcelain as a designer after graduation. In 1927, she became artistic director, and was the first female industrial designer at the company. In 1945, after leaving PP, Gulbrandsen opened a private studio in Oslo. During her tenure at PP, she produced at least 300 different designs. Inspired by Art Deco, Gulbrandsen produced functional designs. In the 1960s, she designed silver objects for David-Andersen.

We have 12 objects that Nora Gulbrandsen has been involved with. 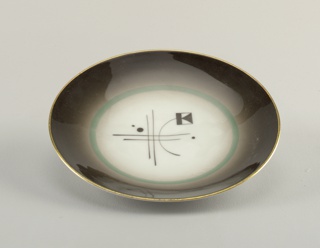