French bronzeworker and sculptor. Thomire trained as a sculptor but decided to follow his father's steps into the trade of the bronzeworker. He received his mastership as a bronzier-fondeur in 1772 and established his own business in about 1775. From about 1780, he was involved with the Grands Vases, initially assisting Jean-Claude Duplessis in the making of the mounts. On the latter's death in 1783, he took over Duplessis' job of supplying mounts for Sevres. Thomire continued making bronzes during the turmoil of the Revolution as well as mounting porcelain for Sevres until 1792. In 1804, he bought the extensive business of the marchand-mercier Martin Eloi Lignereux, which enabled him to operate a wider... more.

We have 3 objects that Pierre-Philippe Thomire has been involved with. 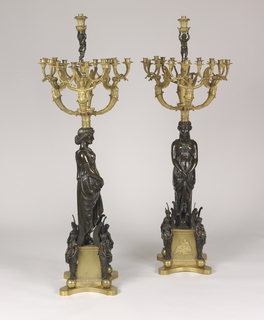 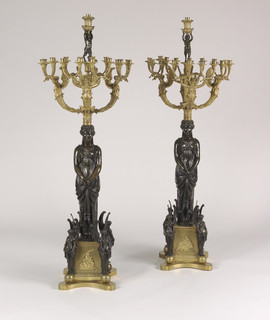