Roybal was a Native American cermacist. She is considered one of the most accomplished potters of 20th century. Unlike her contemporaries, Roybal made pottery and painted. While San Ildefonso Pueblo is known for black-on-black pottery, Roybal produced red-on-black objects using many traditional Hopi designs that eventually won her prizes at the San Fe Indian Markets in the 1920s.

We have one object that Tonita Martinez Roybal has been involved with. 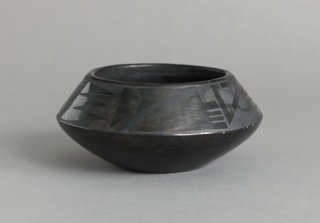