Erica Deichmann and husband Kjeld, Danish immigrants, were among the first craftspeople to set up a studio and make a living from their work in Canada. Their careers paved the way for later professional Canadian craftspeople. They opened their studio in 1935 and worked until Kjeld’s death in 1963. While Erica studied in Denmark, Kjeld purchased a farm in New Brunswick. The couple then returned to Denmark where Kjeld learned rudimentary pottery making and Erica studied weaving. In 1934, they set up the pottery studio in New Brunswick at their farm.

We have one object that Erica Deichmann has been involved with. 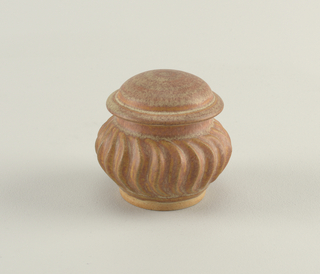