In 1877, at the age of 26, Doat joined the National Manufactory of Sevres. His speciality was pate-sur-pate decoration and flambe, crystalline and metallic glazes. Doat also wrote the ceramic textbook, Grand Feu Ceramics, that was translated into English by Samuel Robineau. In 1909, he arrived in the U.S. to work as the Director of the School of Ceramic Art at the Art Institute and the University City Pottery in Missouri. Under his guidance, University City Pottery flourished. University City Pottery work was exhibited at the International Exposition of 1911 in Turin, Italy where it was awarded the Grand Prize in competition with all the European potteries. After a reorganization of University City... more.

We have one object that Taxile Doat has been involved with. 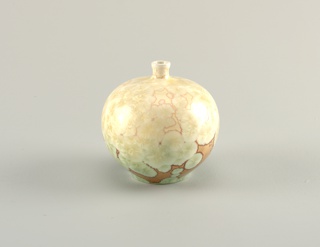