Self-taught painter and designer Kiyosh Awazu was an acclaimed avant-garde graphic designer in post war Japan. His designs often advocate social issues. In Awazu’s early career, he created a large number of advertising posters for cinema, including movies created by Nikkatsu, a film company where he previously worked as a designer. He later expanded his practice to urban design and art direction for film and theater projects in collaboration with other creators. Awazu’s works often reflect his ideology of anti-Japanese modernism. Unlike his contemporaries, who appreciated simplicity and a minimalistic approach to their designs, Awazu often employed representative figures and expressive typography, which... more.

We have 2 objects that Kiyoshi Awazu has been involved with. 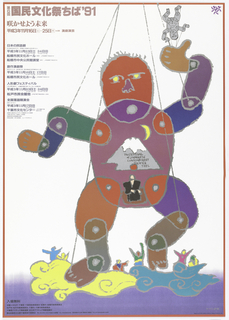 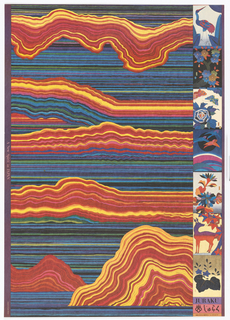