McNish was born in Port of Spain, Trinidad and Tobago, and began painting at an early age. In the 1950s she moved to London and made a career in textile design. She first studied at the London College of Printing and later turned to textiles. As soon as McNish had graduated from the Royal College of Arts in 1957, she was commissioned by Liberty to design furnishing fabrics. She became an important figure in the design world for her unprecedented combinations of patterns and colors. She has been hired to produce several commercial commissions throughout her career, including experimental laminate panels for the SS Oriana liner’s restaurants, textile hangings in dyed cotton velvet for British Railways... more.

We have one object that Althea McNish has been involved with. 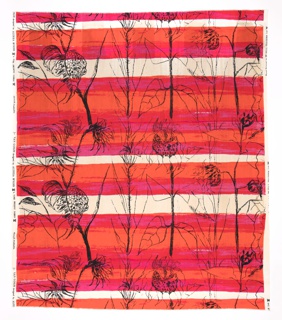 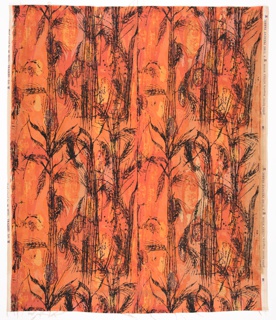