Howard Norton Cook (1901-1980) was one of the best known of the second generation of artists who moved to Taos. A native of Springfield, Massachusetts he studied at the Art Students League in New York City and later at the Woodstock, New York art colony. Cook moved to Taos, New Mexico in the 1930s where he engaged in the art colony there. During his career he received two Guggenheim Fellowships and was elected an Academician in the National Academy of Design. He earned a national reputation as a painter, muralist, and printmaker. His career included one-person exhibitions at the Denver Art Museum (1927) and the Museum of New Mexico (1928). Later in his career, Cook became an artist war correspondent in the... more.

We have 2 objects that Howard Norton Cook has been involved with. 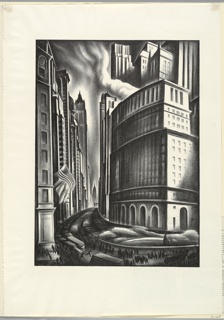 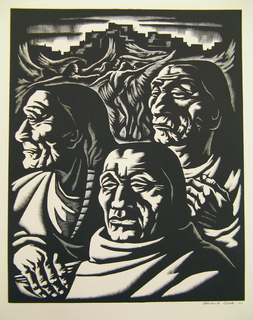