David Adjaye is a British architect born in Tanzania in 1966. He established Adjaye Associates (of which he is the principal architect) in June 2000. Adjaye is based in New York City and London. His work includes the Nobel Peace Center in Oslo and the National Museum of African-American History and Culture, for which he was lead designer, focusing on the formal development and refinement of the building. Adjaye is now recognized as one of the leading architects of his generation in the UK and beyond. Winner of the Royal Institute of British Architects award in 1993, he brings an internationally acclaimed design expertise and a global perspective to his designs. His designs have been the subject of two... more.

We have 10 objects that David Adjaye has been involved with. 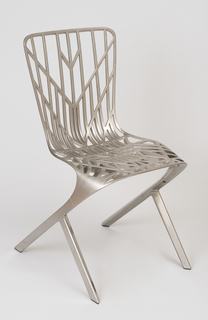