Albert Herbert studied industrial design at Pratt Institute and graduated in 1950. Although his first design job in New York with the Knoll Planning Unit lasted only two years (1950–52) he maintained a close relationship with Eszter Haraszty, then director of the Knoll Textiles department. Herbert went on to have a long and productive career as a textile and interior designer. His designs were produced by L. Anton Maix and Arundell Clark before he opened his own firm, Albert Herbert Designs, in 1957.

We have 4 objects that Albert Herbert has been involved with. 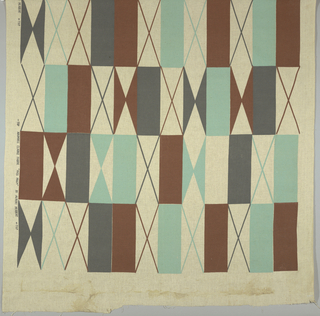