Albin Müller started his career as a cabinetmaker and draughtsman in his father's studio and in various factories before going to the Applied Arts School in Mainz.. He won a first prize for interior architecture in Dresden in 1899. He won a Grand Prize for his work on the Magdeburg room at the St. Louis World's Fair in 1904. In 1906 he went to work with Olbrich in the Darmstadt artists community.

We have one object that Albin C. Müller has been involved with. 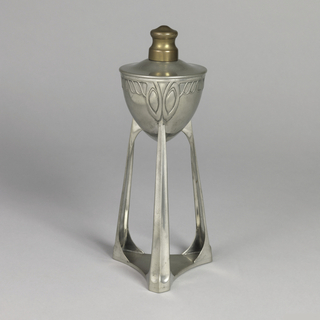