James Bassler (American, b. 1933) is a native of California, where he has lived much of his life. He completed his Master’s degree in Art in 1968 at the University of California, Los Angeles, where he studied with Bernard Kester. While serving in the Army in the 1950s, he travelled in India and Indonesia. There, he was exposed to spinning, dyeing, weaving, and other textile techniques, and decided to make weaving his primary form of artistic expression. He is noted for his promotion of indigenous textile techniques, and in particular his development of ancient Andean weaving techniques and Navajo wedge weaving. Bassler has taught since the 1960s, both in the United States and in Mexico, and was a member... more.

We have one object that James Bassler has been involved with. 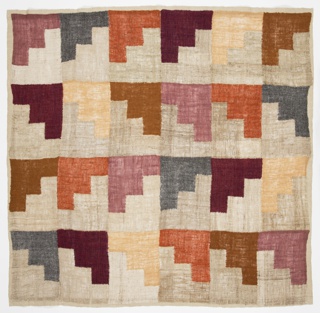