Peter Krider began his apprenticeship with Philadelphia silversmith John Curry in 1835 and finished it there with the more prolific and well-known firm of Robert and William Wilson, where he worked as a journeyman for about 15 months. In about 1842, he moved to Boston, where he worked for Obadiah Rich, returning to Philadephia about four years later to serve as the Wilsons' foreman. His firm, Krider & Co, appears in the Philadelphia directories first in 1851. He ultimately became one of Philadelphia's most important silversmiths of the second half of the nineteenth century. During most of the time from 1859-1870 , when John W. Biddle was his partner, the firm was known as Krider & Biddle. The business was... more.

We have one object that Peter L Krider has been involved with. 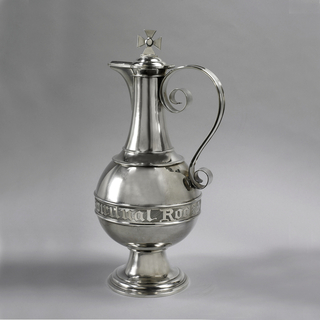