Coors Porcelain Company was founded in 1910 as Herold China and Pottery Company. The company’s facility had originally been developed by German-born Adolph Coors as Colorado Glass Works in 1887 to manufacture beer bottles for his eponymous brewing company. A year later, the glass works, incorporated as Coors, Binder & Co., was shuttered following a strike, never to re-open. Twenty-two years later, in 1910, the facility was leased to John J. Herold, also German-born, and repurposed for his Herold China and Pottery Company. Using clay from area mines, Herold produced dinnerware and heat-resistant porcelain boasting the trademark “Herold Fireproof China,” and working with Colorado School of Mines... more.

We have 3 objects that Coors Porcelain Company has been involved with. 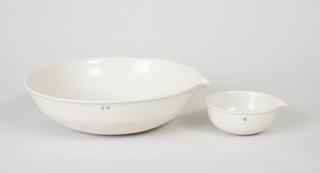 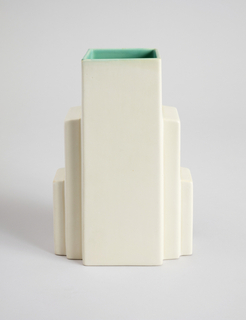