Originally intending to become a sculptor, Betty Cooke discovered jewelry making when she apprenticed with a jeweler while in college, seeking a way to make a living during and after World War II. Cooke earned her B.F.A. at the Maryland Institute in 1946, and went on to teach jewelry, metalsmithing and welding there. Her jewelry designs are geometric, simple, and architectural. A practicing designer and artist since the 1940s, she was a pioneer in bringing modern design to Baltimore during the mid-twentieth century with her husband, Bill Steinmetz. Together the couple has celebrated and promoted modern design with their store, The Store Ltd., located in downtown Baltimore. As a jewelry designer her... more.

We have 2 objects that Betty Cooke has been involved with. 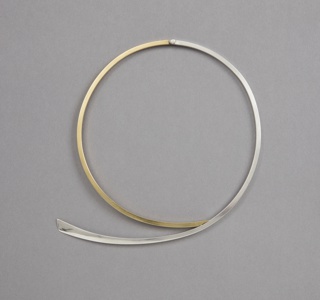 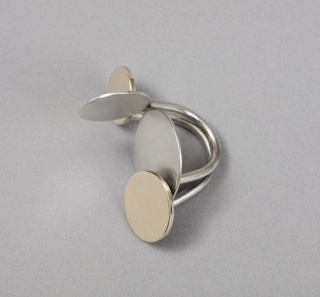