Marchetti attended the Istituto d'Arte Pietro Selvatico in Padua, where he learned from master goldsmiths Francesco Pavan and Giampaolo Babetto, and graduated in 1989. In the mid-1990s, he returned to the Istituto d'Arte Pietro Selvatico to teach metal and jewelry design. A member of the Padua school, Marchetti specializes in micro-mosaic work that connects to historical jewelry-making traditions while exploring contemporary often organic forms. In the early 1990s, he cited the Japanese technique of Shibuichi as one of his points of reference. His work is characterized by uneven surfaces and projections as he continually devises new shapes and textures for the jewelry medium. Marchetti won the Best Young... more.

We have one object that Stefano Marchetti has been involved with. 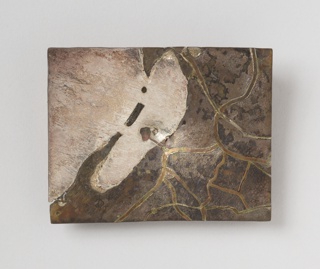