Founded in July of 1968 by former Fairchild Semiconductor employees Robert Noyce (a physicist and co-inventor of the integrated circuit) and Gordon Moore (a chemist) under the executive leadership of Andrew Grove, Intel, stylized as ‘intel,’ has become the largest semiconductor chip maker in the world. Headquartered in Santa Clara, California’s Silicon Valley, the company supplies processors for computer system makers such as Apple, Lenovo, Hewlett Packard and Dell, in addition to producing numerous other communication- and computer-related devices. During the 1960s, Intel enjoyed a prominent position as the dominant supplier of processors for personal computers. The brand name is a portmanteau of... more.

We have one object that Intel has been involved with. 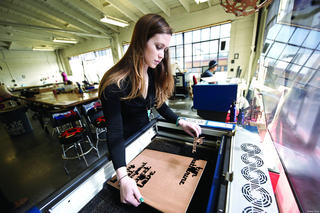