Wilhelm Amandus Beer was born in Frankfurt am Main, where he studied at the Städel Institut under Jacob Becker (1810–1872) and later was a pupil and assistant of the celebrated professor of history painting Edward von Steinle (1810–1886). After some time in Antwerp and Paris, he went to Russia, where he became fascinated by folk traditions. Russian peasant life grew to be his favorite subject matter. He returned to Frankfurt in 1870 and taught at the Städel Institut from 1897 until his death. He worked mainly in oils but also executed painstakingly accurate watercolors. (JGK)

We have one object that Wilhelm Amandus Beer has been involved with. 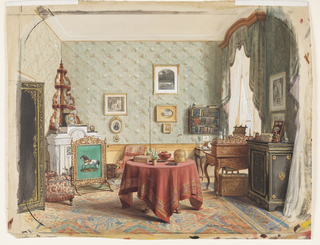