Probably was apprenticed in Amsterdam. He was one of the early Dutch italianates, that is, northern artists who travelled to Italy in the 1620s and were inspired by southern landscapes. On his return, he settled in Amsterdam and his landscapes were developed as more severe and monumental, often with historical subjects; strongly influenced by the Pre-Rembrandtists.

We have one object that Bartholomeus Breenbergh has been involved with. 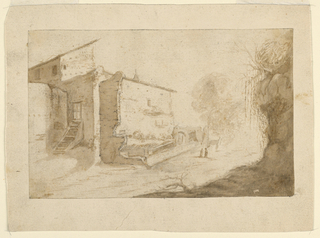