Born outside Vienna, Herbert Bayer studied at the Weimar Bauhaus from 1921 to 1923 under Johannes Itten and Wassily Kandinsky. When the school moved to Dessau in 1925, Bayer was hired by Walter Gropius to head his newly created typography and graphic design workshop. Bayer’s most dramatic innovation was his creation of a universal typeface that organized the alphabet around simple, geometrically constructed forms. Because spoken language does not differentiate between capital and lowercase letters, Bayer created an efficient font organized around four arcs, three angles, vertical and horizontal lines, and all lowercase sans-serif letters. This change was particularly drastic in Germany where Blackletter... more.

We have 664 objects that Herbert Bayer has been involved with. 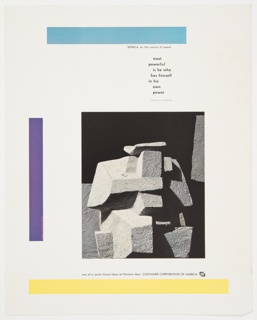 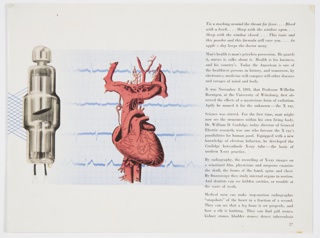 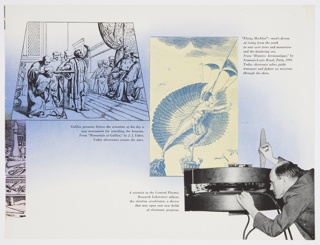 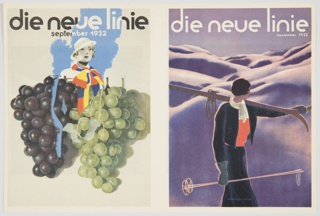 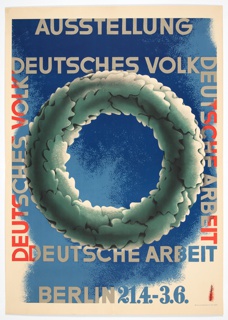