Mother and daughters, Lia Duinker (b. 1947), Romkje de Bildt (b. 1981), and Lyska Gais (b.1984) constitute the Dutch design firm, Duinker and Dochters (Dutch for daughters), established by Lia in 1984. Lia was a garden and landscape designer for forty years, but since the mid-2000s has expanded her practice, working in a variety of art and design disciplines. Younger daughter, Lyske, studied Architectural Design at the Gerrit Rietveld Academy in Amsterdam, graduating in 2008. She went on to earn a Masters Degree in Applied Arts at the Sandberg Institute in 2012. Her sister, Romkje, has a Doctorate in Dutch and Classical Languages. Working independently and in collaboration, Lia and Lyska have worked on... more.

We have 2 objects that Duinker & Dochters has been involved with. 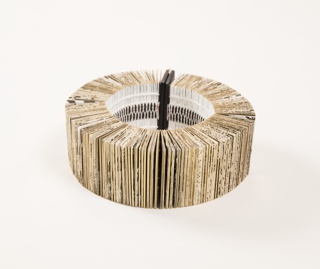