Factory founded in Stoke-on-Trent in 1793 by Thomas Minton (1765-1836), who was succeeded on his death by his son, Herbert Minton (1793-1858). The factory traded under various names until 1845 when Minton & Co. was adopted. In 1868, the firm split into two divisions, one for tiles only, the other for china (though it also made tiles). In 1845, the tile business became a separate department, trading as Minton & Co for encaustic or inlaid tiles which were mostly floor tiles, and as Minton, Hollins & Co for printed or painted or majolica wall tiles. After Herbert Minton's death in 1858, the tile business was continued by Michael Daintry Hollins, who had become a partner in 1845, while the china business was... more.

We have 4 objects that Minton and Company has been involved with. 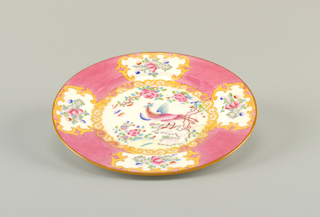 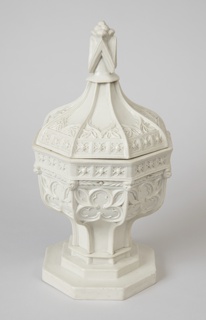 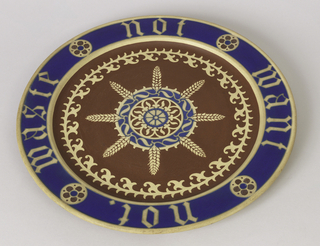