Karl Emanuel Martin Weber (1889–1963), more popularly known as “Kem”, was a German designer who was active in Southern California. He trained as a furniture maker in 1908 with Eduard Schultz and then continued his education at the Academy of Applied Arts in Berlin, studying under Bruno Paul. In 1914 he traveled to San Francisco to design the German segment of the 1915 San Francisco Panama-Pacific International Exposition, but with the outbreak of WWI, he stayed in the United States and relocated to Los Angeles. Shortly after settling in Los Angeles, he joined the Barker Brothers Furniture Co. as a draughtsman, where he was until 1927, when he then opened his own design studio in Hollywood. During his... more.

We have 8 objects that Kem (Karl Emanuel Martin) Weber has been involved with. 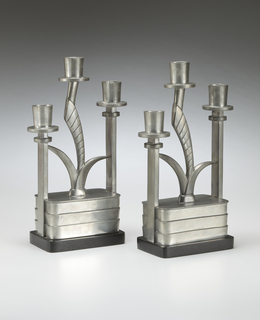 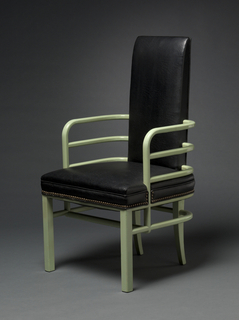 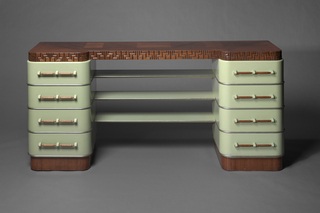