Charles Burchfield is one of the best known American watercolorists of the 20th century. It is less well known that he began designing wallpaper for the M. H. Birge and Sons in Buffalo, New York in 1921. Burchfield became chief designer in 1927 and remained with the firm until 1929. Burchfield designed at least 19 wallpapers while working with Birge. One of his designs, Modernistic, was so successful that the company began printing “Designed by Burchfield” in the selvedge of his designs.

We have 14 objects that Charles Burchfield has been involved with. 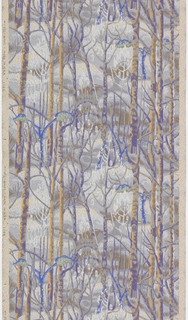 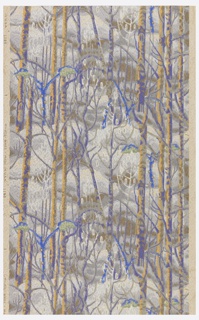