Staatliches Bauhaus, commonly referred to as the Bauhaus, was an art and crafts school in Germany. The Bauhaus was founded by Walter Gropius in Weimar in 1919. During its existence between 1919 and 1933, the school occupied three locations in Germany: Weimar (1919-1925); Dessau (1925-1932); and Berlin (1932-1933). Gropius' Bauhaus Manifesto, published in April 1919, sought to unify art, craft, and technology, and revolutionize the way in which traditional art schools operated. The conclusion of the Manifesto read: "Let us strive for, conceive and create the new building of the future that will unite every discipline, architecture and sculpture and painting, and which will one day rise heavenwards from the... more.

We have 3 objects that Bauhaus has been involved with. 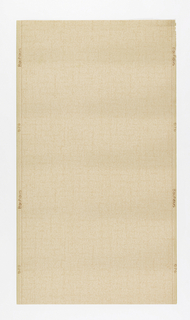 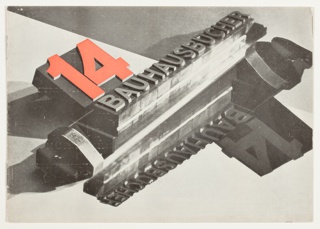 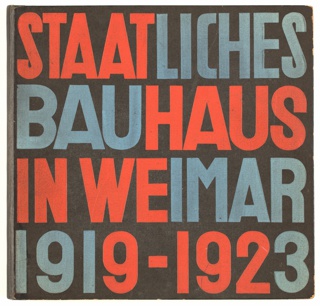 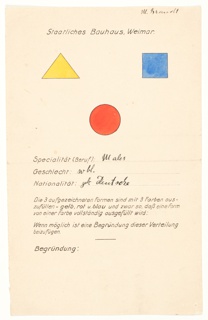 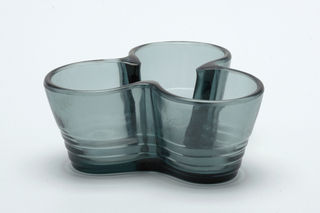 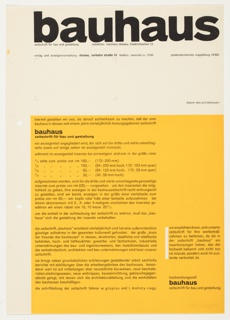