From 1898 to 1901 Erik Magnussen apprenticed at his uncle’s art gallery, Winkel and Magnussen, in Denmark. He then studied sculpture with Stephen Indig and chasing with silversmith Viggo Hansen. From 1907 to 1909 he worked as a chaser for Otto Rohloff in Berlin. In 1909 he opened his own shop in Denmark. Magnussen moved to the United States in 1925 and began work as a designer for Gorham Manufacturing Company in Providence, Rhode Island. In 1929 he left Gorham and worked for the New York branch of the German firm of August Dingeldein & Son. He opened a workshop in Chicago in 1932 and by 1934 was working in Los Angeles. Magnussen returned to Denmark in 1939.

We have 6 objects that Erik Magnussen has been involved with. 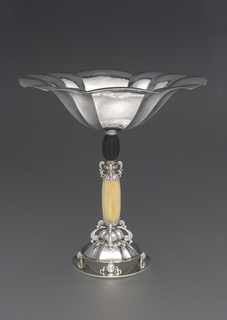 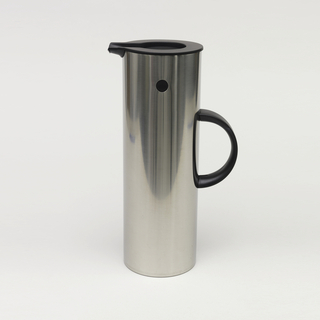 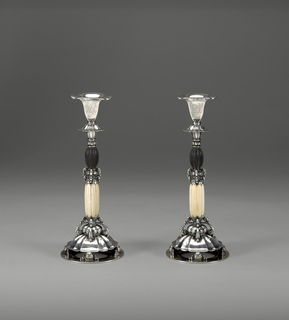 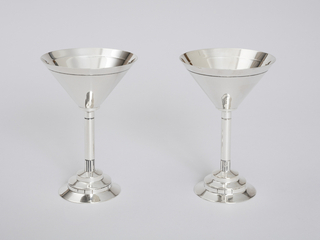 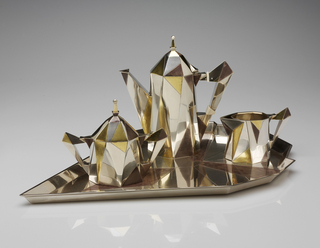 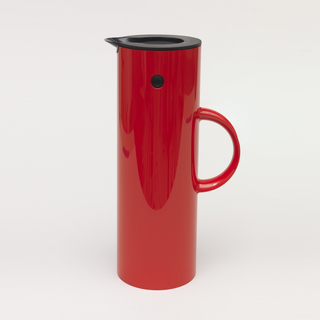