Division of Sunbeam, manufacturer of household appliances. Founded 1924 by John Oster in Racine, Wisconsin. First product was a hand held hair clipper for women. Production extended to manufacture of various motors by World War II. Near the war's end, Oster purchased the Stevens Electric Company, which manufactured drink mixers, which Oster later developed into a blender. In 1948 Oster Manufacturing introduced the Osterett hand-mixer, which was followed by a series of other kitchen appliances. In 1960 the company was purchased by Sunbeam Corporation.

We have one object that John Oster Manufacturing Company has been involved with. 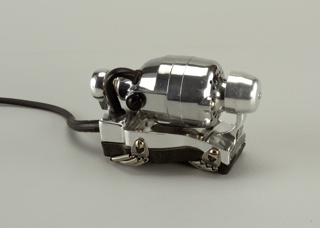