Alvaro Siza is among today’s greatest living architects. Siza, whose full name is Alvaro Joaquim de Meio Siza Vieira, was born in 1933 in Matosinhos, a small coastal town in an impoverished region of northern Portugal. He studied from 1949 to 1955 at the University of Porto School of Architecture in Oporto, before opening his own firm in 1955. He taught at the School of Architecture from 1966 and, in 1976 was made a professor of architecture. Siza has also been a visiting professor at the Harvard University Graduate School of Design, the University of Pennsylvania, the Universidad de Los Andes in Bogatá, Colombia, and the École Polytechnique Fédérale in Lausanne, France, in addition to guest... more.

We have one object that Alvaro Joaquim de Meio Siza Vieira has been involved with. 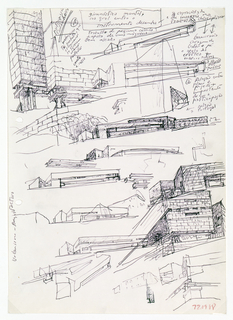