Architect Antoine Predock was born in 1936 in Lebanon, Missouri. While studying at the School of Architecture at the University of New Mexico in Albuquerque, he became entranced with the landscape of the American southwest. As he has written, “New Mexico has formed my experience in an all-pervasive sense. I don't think of New Mexico as a region. I think of it as a force that has entered my system, a force that is composed of many things … Lessons learned in the American Southwest apply anywhere in the world - my "regionalism" is portable.” Predock founded Antoine Predock Architect in 1967. The firm is based in Albuquerque, but maintains studios in Los Angeles and Taiwan. Predock designs expansive... more.

We have one object that Antoine Predock has been involved with. 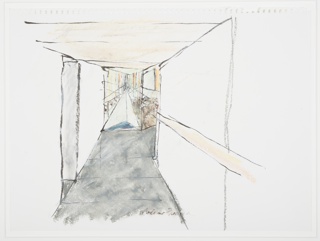