The National Watch Company (name changed to Elgin National Watch Company in 1874) was one of the largest American watch manufacturers during its over 100 years of operation. The company was founded in Engin, Illinois in 1864. The factory was completed in 1866 and the first movement produced was the 18-size B.W. Raymond model which sold in April of 1867 for $115. The company dominated the market for mid-grade watches, producing over one million per year during their peak years of production.

We have one object that National Watch Company has been involved with. 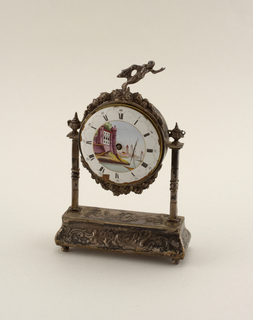