Born in Berlin to a master cabinetmaker, Eduard Gaertner began his artistic career with drawing lessons at the age of five in Cassel. He returned to Berlin after 1813 and studied painting at the Königliche Porzellanmanufaktur, where he stayed until approximately 1821. Gaertner became an assistant in the studio of theatrical scene painter Karl Wilhelm Gropius (1793–1870) and worked as a painter of stage sets. He first exhibited at the Akademie der Bildenden Künste, Berlin. In 1824–25, he was commissioned to paint interior views of the Berlin Cathedral and the chapel of the Schloss Charlottenburg. He spent three years in Paris, where he studied under Jean-Victor Bertin (1767–1842), and later mounted an... more.

We have 3 objects that Eduard Gaertner has been involved with. 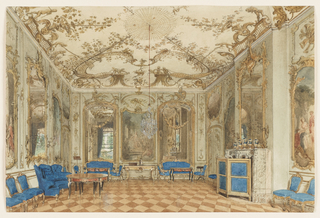 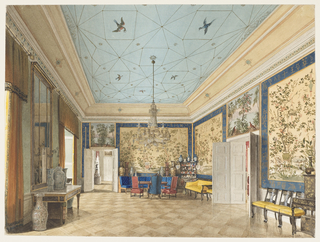 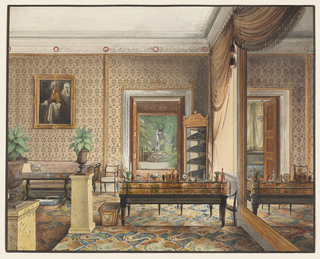