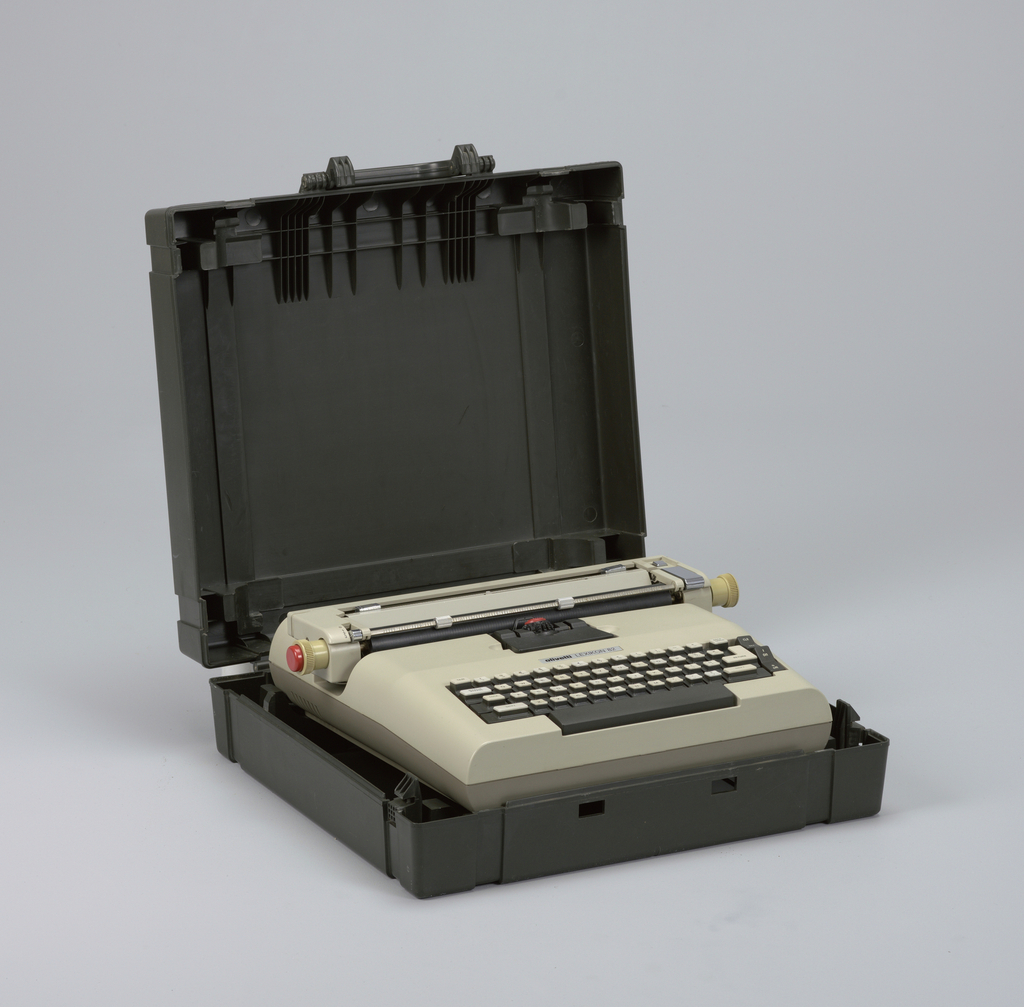 This is a Portable Typewriter. It was designed by Mario Bellini and manufactured by Ing. C. Olivetti & C. S.p.A.. It is dated 1975 and we acquired it in 2008. Its medium is plastic, metal, rubber. It is a part of the Product Design and Decorative Arts department.

Milan-based Mario Bellini is a versatile architect, urban planner, and designer, whose clients include Italian automakers and an international roster of furniture, lighting, and office equipment producers such as B&B Italia, Vitra, Cassina, Heller, Brionvega, Artemide, Yamaha, and Olivetti. Bellini was editor of the architecture and design magazine Domus from 1986 to 1991. He has taught architecture and design and has been awarded a number of international architecture and design prizes, including eight Compasso d’Oro awards.
Bellini studied architecture and graduated from the Politechnico di Milano in 1959, and opened his own architectural practice in the early 1960s. He began designing furniture and products in 1963 and became the chief design consultant for the Italian office machinery company, Olivetti. His early work used organic forms to reference the natural world. In the 1970s, he organized workshops exploring the complex relationship between humans and man made objects and environments, although by that time he had begun to create more rectangular and faceted designs.
Olivetti was founded in 1908. By 1938, when founder Camillo Ollivetti’s son Adriano took over, he initiated the policy of using consulting designers. The company has consistently dedicated itself to a strong design program, as evidenced its own buildings, advertising, institutional graphics, and its office and consumer products. Designers working for the firm have included Marcello Nizzoli, Ettore Sottsass, and Bellini. Bellini designed consumer products for the firm into the late 1970s, a time when the company was seeking new shapes, materials, and ergonomic considerations.
Although the “golf ball” typing element made its first appearance in Eliot Noyes’ Selectric office typewriter for IBM (1962), Bellini’s Lexikon 82 for Olivetti was the first portable electric typewriter to use a “golf ball” typing element. To keep the overall width to a minimum, the Lexikon 82 has a moveable carriage and fixed typing point: the ball element pivots and types while staying in place. The simplified form of the housing is intended to not only contain the mechanical parts, but to give a sense of ease and immediacy of use. The curved sides visually reduce the height and sense of bulk, lending to the form’s low profile, while providing a comfortable surface to grasp when removing or returning the typewriter to its case—an interplay between architectural and ergonomic qualities. The Lexikon 82 was well received when it was introduced. In 1977, Fortune magazine chose it as one of the 25 best designed industrial products in the United States market.
This typewriter is being offered as a gift by its original owner, who purchased it in 1976 from an Olivetti dealer in Cambridge, Massachusetts, while a student. It is in very good condition, with its original case as well as two additional typing elements with different fonts. At the time of proposed acquisition, the museum has several other Bellini objects in its collection, including ceramics and glassware, but only three other examples of his industrial design: two calculators for Olivetti (the Logos 59 and the Divisumma 18, both designed in 1973), and the Yamaha TC 800D audio cassette deck (1975).

It is credited Gift of Ruth Culleton. 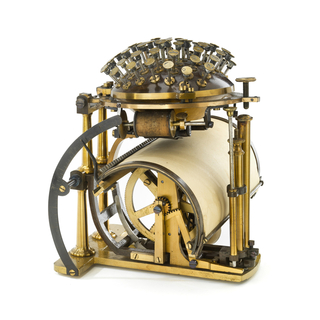 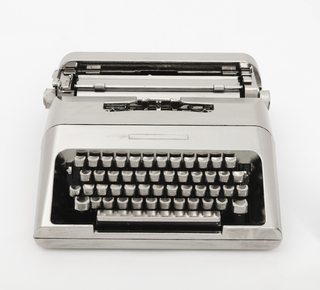 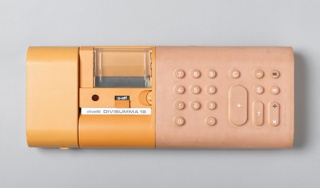